Play the T-Rex Dinosaur game for fun. It's an endless runner game that is originally built-in Chrome browser offline mode.

T-Rex Dinosaur game is a fun game that you can play online to kill your boredom. It's an endless runner game that was originally built into Google Chrome and developed by the members of the Chrome UX team. Also, the game was added to Chrome as an easter egg back in September 2014. The primary objective behind developing this game was to entertain users even without any internet connection.

The game, also known as Chrome Dino Game, features a pixelated Tyrannosaurus rex running across a side-scrolling landscape, avoiding obstacles like cactus and pteranodon on its path to achieve the highest score possible. The game soon became quite popular and received widespread recognition, with its creators revealing that it is played by more than 270 million players across the globe every month. 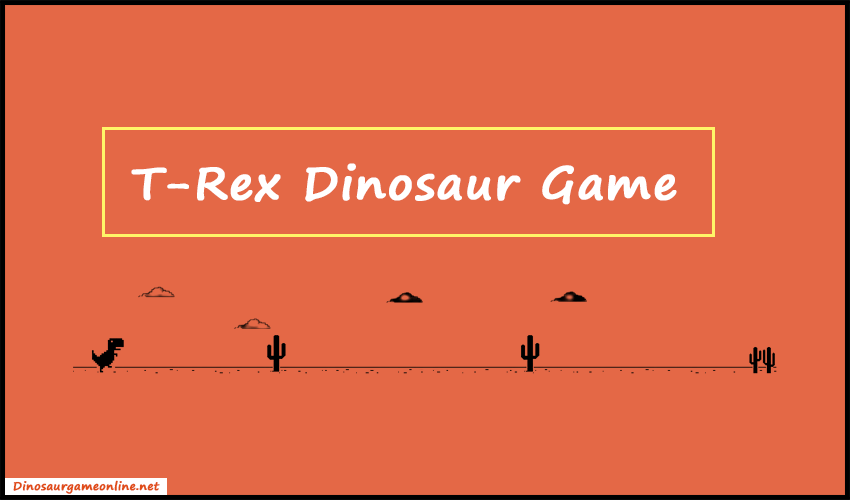 Most importantly, you can play the T-rex dinosaur game on a PC, mobile phone, or tablet for free. The game is very simple to play and addictive. There is literally no end to this game. However, the maximum possible score you can reach is 99,999. After that the game simply resets itself.

The game starts out slow and becomes faster as users progress further. Also, you can't change your direction and control your speed. All you can do is jump or duck to avoid the obstacles.

How to Play T-Rex Dinosaur Game?

Playing the T-rex game is very simple. Just follow the instruction below.

There are a few main methods to get higher scores in the game.

Yes, there is a hidden feature in the Chrome Browser. You can simply type the "chrome://dino" in the Chrome browser's address bar to launch the game offline.

No, this game is absolutely free for all for forever.

After you reach the maximum possible score, the game will reset back to the score of 0.

You can press the Down Arrow(↓) for the duck.